I had the opportunity to work for seven months with the talented team at SoWhen? on a project for Alstom.

I was responsible for the development of two Houdini tools (HDA); a Building tool that will generate building based on a set of pre-modeled tiles following specific rules and a second one to populate the area between the buildings and roads with public spaces (paths, paks, props...) that we called "Courtyard".
Afterward, I was charged with the task to use them to populate the UE5 scene.
All the non-hero buildings from the modern, business and historical district (excluding the suburban area) were designed and build by me with the HDA following Concept Art directives and the public spaces between them were all generated by the tool.
Later in the project, I was charged with the implementation of the vehicle and cyclist traffic system. I used a Marketplace plugin as foundation and build upon it to deliver the targeted result.

The project was presented at the Unreal Fest 2022 https://youtu.be/EBUmZuco6y4

Thanks to Mohamed Marouene for giving me the opportunity to contribute to this great project ! 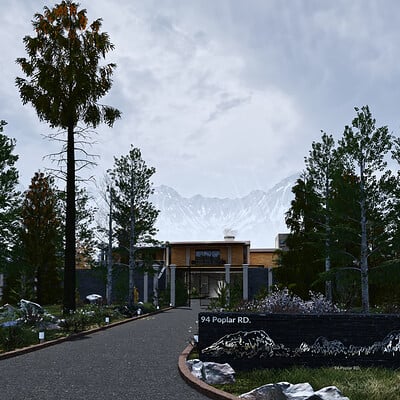